When my younger son asked Santa for a trip to see where the Pilgrims landed, my husband and I jumped at the opportunity to spend our cash on a memorable family vacation instead of the latest name-brand toys. At the time, we didn’t realize we’d be sneaking in quite a few history lessons during our stint in Boston and the nearby towns of Plymouth and Salem.

After touching down at Boston Logan International Airport, we drove straight to Plymouth and eagerly walked along the harbor until reaching Plymouth Rock. I’ll never forget the look on my son’s face when he saw the tiny gray rock commemorating the Pilgrims’ landing in the Mayflower.

“That’s it?” he said in a totally disappointed voice.

Lucky for us, Plymouth Rock was just the beginning of a weeklong trip filled with interesting living history experiences, museums, family-friendly walks, and tons of delicious food.

Whether you’re brushing up on the American Revolution, or examining westward expansion, space, or Hollywood’s glamorous roots, a history-themed trip engages children of all ages while supporting academic development. (Bonus points if you ask your child to research your destination beforehand.) 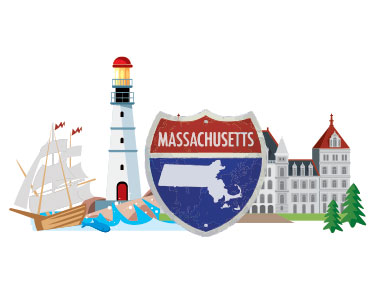 Early Beginnings in Plymouth and Boston

The Boston area is home to a concentrated collection of the country’s oldest and most historic spots: the country’s oldest restaurant (Union Oyster House), oldest professional ballpark (Fenway Park), oldest institute of higher learning (Harvard University), and a wealth of sites that help tell the story of the Revolution. It’s the perfect place for families to learn about America’s origins.

Begin with a trip south to the coastal town of Plymouth, accessible via car or a 45-minute ride on the Plymouth & Brockton bus departing from Boston’s South Station Bus Terminal. Make a stop at Pilgrim Memorial State Park, on the shore of Plymouth Harbor, to see Plymouth Rock.

Although Mayflower II—a full-scale reproduction of the ship that brought the Pilgrims to Plymouth in 1620—is undergoing renovations until spring 2020, it’s easy to experience early colonial life at Plimoth Plantation. The immersive living history museum features a legit Wampanoag homestead leading to a 17th century English village where guests are encouraged to interact with on-site interpreters. Consider purchasing a Heritage Pass to visit the Plimoth Grist Mill and waterfront exhibit as well.

One of the best ways to dive into Plymouth history is a 90-minute, lantern-lit walk across the nation’s oldest streets with a guide from Dead of Night Ghost Tours. Spend the night at Hotel 1620 and eat fresh fare at Wood’s Seafood or East Bay Grille before returning to Boston.

The 2.5-mile Freedom Trail, running through historic Boston, grants families easy access to 16 notable landmarks of the Revolutionary era, including Paul Revere’s House, the Old North Church, and the site of the Boston Massacre. Winding through Beacon Hill, the 1.5-mile-long Black Heritage Trail highlights 14 sites important in late 18th- and 19th-century African-American history. For an afternoon of play, take younger kids to get their wiggles out at Boston Children’s Museum with three floors of hands-on entertainment.

If museums are your thing, save cash by grabbing a Boston CityPASS online or at any participating attraction for access to the New England Aquarium, Museum of Science, Skywalk Observatory at Prudential Center, and Harvard Museum of Natural History, or a cruise with Boston Harbor Cruises. At the Boston Tea Party Ships & Museum, participate in a rowdy town hall meeting before tossing tea into the harbor.

It’s free to wander neighborhoods such as Back Bay and Beacon Hill, ogling Colonial and Federalist era architecture, as well as Louisburg Square, before fueling up at Faneuil Hall Marketplace, a dining destination with dozens of restaurants, food kiosks, and pushcarts. Time permitting, hop the MBTA Commuter Rail (use the Rockport line) from Boston’s North Station to Salem, a funky town that’s known as the birthplace of the National Guard and the site of the infamous Witch Trials of 1692. Visit the hokey-but-totally-enjoyable Salem Witch Museum, located near the eclectic restaurants of downtown Salem. 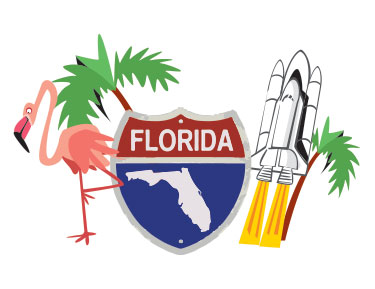 With the 50th anniversary of the first moon landing approaching on July 20, there’s no better time to brush up on space history at the Kennedy Space Center Visitor Complex. The hands-on, indoor-outdoor, space-themed park is located in Merritt Island, just an hour from Orlando and Walt Disney World.

This 70-acre attraction is divided into five “mission zones.” The first zone is Heroes & Legends, a gallery appealing to older children and teens interested in learning about NASA’s space pioneers, including the first man to walk on the moon, Neil Armstrong.

My elementary-school-age children preferred exploring the Rocket Garden, an outdoor exhibit showcasing a series of life-size rockets including Mercury-Atlas, Juno I, and the 108-foot-tall Gemini-Titan II. They also romped around in the adjacent intergalactic Children’s Play Dome, with ladders, tunnels, and cargo nets.

Before tackling the rest of the space center, consider a two-hour behind-the-scenes bus tour, which is included with admission. After viewing historic launch sites and working spaceflight facilities on the tour, you’ll have a better sense of place—and more fun exploring exhibits such as Journey to Mars and Space Shuttle Atlantis. In Space Shuttle Atlantis, check out astronaut training simulators, a giant slide, and the Shuttle Launch Experience—a realistic theme-park-like simulation of a shuttle’s eight-and-a-half-minute thrust into orbit. There’s a lot to see and do at this space-themed park, so if you’re lodging in the area, a multi-day ticket is a good idea ($67 for kids three to 11 and $82 for ages 12 and up).

Before leaving for home, enjoy a beach day or two along Space Coast, with 72 miles of shoreline, sun, and sand. For a nature-based experience, visit Sebastian Inlet State Park, a popular stop for local surfers that offers secluded beaches, kayaking on the Indian River Lagoon, and two museums. 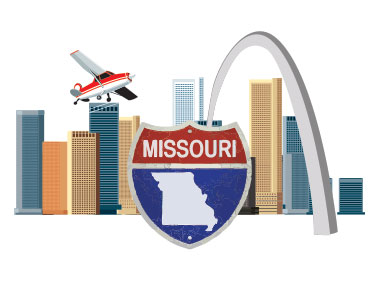 Your children will gain a greater appreciation for Colorado’s western heritage by learning about westward expansion and the Lewis and Clark Expedition during a trip to St. Louis, Missouri, nicknamed the gateway to the west.

After a slightly wobbly tram ride to the top of the Gateway Arch (purchase tickets in advance online), families have access to 30-mile, 180-degree views. Don’t leave without touring the brand-new museum at Gateway Arch National Park, a kid-approved interactive site with six themed galleries tracing the stories of the Native Americans, explorers, and pioneers who made America what it is today. Next, view the Gateway Arch from a different angle on an hourlong steamboat ride down the Mississippi River. The St. Louis Riverfront Cruise offers educational voyages narrated by National Park Service rangers.

In addition to its historical proclivity, St. Louis—this writer’s hometown and a quick nonstop flight from Denver—is also one of the best-kept secrets in budget-friendly family vacationing. Forest Park, the site of the 1904 World’s Fair, serves up a slew of free—yes, free—cultural institutions, including the Saint Louis Zoo, the Saint Louis Art Museum, the Missouri History Museum, and the Saint Louis Science Center (featuring a planetarium). It’s always fun to rent a paddleboat at the Boathouse at Forest Park (first come, first served) and catch a play at The Muny, the nation’s oldest and largest outdoor musical theater, offering more than 1,450 free seats to every summer performance.

On a humid afternoon nothing beats the City Museum, a repurposed warehouse filled with nonstop touchable entertainment. Grant’s Farm, the 281-acre ancestral home of the Busch family, is free to enter, and tours of the historic Anheuser-Busch Brewery are also complimentary, and include delicious samples.

Lewis and Clark went west, and a day trip to Historic St. Charles—22 miles west of downtown St. Louis—is a great idea for families looking to stroll the 100-plus restaurants, cafés, and shops lining colonial South Main Street. Visit the Lewis & Clark Boat House and Museum to learn more about the explorers, or rent bikes and pedal part of the 240-mile Katy Trail, stopping for lunch at one of many charming bed and breakfasts on the section of trail between St. Charles and Cooper counties—designated an official segment of the Lewis and Clark National Historic Trail.

St. Louis is known for its barbecue. Sugarfire Smoke House, with eight Missouri locations, is my first culinary stop whenever I roll through town. The Delmar Loop is another foodie destination, with Blueberry Hill, Pi Pizzeria, and epic root beer floats at Fitz’s. Advance your history-themed journey by lodging at the recently renovated Hotel Saint Louis, housed in the former Union Trust Company building. 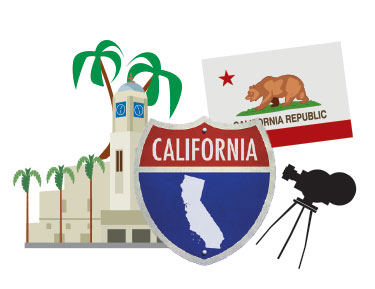 South of the iconic Hollywood sign gracing Mount Lee, the central Los Angeles neighborhood of Hollywood is the center of today’s global entertainment industry. Beyond its status as a pop culture mecca, Hollywood possesses a rich cinematic history stretching back to the Roaring Twenties and the Golden Age of Hollywood.

The Hollywood Museum is a good place for families to start their journey. Claiming the most extensive collection of Hollywood memorabilia in the world, this “official museum of Hollywood” offers four floors of permanent and rotating exhibits with more than 10,000 props, scripts, photographs, and costumes—including Marilyn Monroe’s million dollar dress and Rocky Balboa’s gloves. Older kids and their brave parents can venture to the museum’s lower level to see Hannibal Lecter’s creepy jail cell, along with Frankenstein and his bride and other cult horror memorabilia.

Turn right onto Hollywood Boulevard when exiting the museum, and you’ll see more history laid out over the Hollywood Walk of Fame. Children of all ages can search for their favorite celebrity’s star on Hollywood Boulevard between La Brea Avenue and Vine Street, a lively and energetic strip, especially on weekends when street performers and costumed characters roam.

Get Hollywood’s backstory by joining a two-hour Old Hollywood Walking Tour, offered the last Friday of every month, with additional dates listed online. While learning about Hollywood circa 1886 to 1960, guests visit sites that aren’t open to the public and spy other notable spots, including Hollywood’s first movie theaters, the oldest remaining residence on the Boulevard, and the area’s longest continuously operating restaurant.

Active families might prefer to sightsee with Bikes & Hikes LA, hiking to a vantage point of the Hollywood sign on one of the outfitter’s daily tours through Griffith Park, or canvasing the city on an easy, 12-mile Hollywood Bike Tour, passing, among other highlights, Nickelodeon Studios, the apartment from Pretty Woman, Melrose Avenue’s hip shopping district, and the Dolby Theater.

Starline Tours—one of L.A.’s top sightseeing companies—is another great option, as is the kid-friendly Warner Bros. Studio Tour. There’s also Universal Studios Hollywood, combining a backlot studio tour with thrill rides, and restaurants and shopping at the nearby Universal CityWalk.

After a big day of exploring, swing by El Capitan Theater, a 1920s Art Deco landmark restored by the Walt Disney Company. Here, families can catch up on old flicks like The Little Mermaid and Cinderella, along with new releases from Disney, Pixar, and Marvel. Check online for information on sing-alongs, live-action shows, and character meet-and-greets.