So-called dad jokes seem here to stay, but when’s the last time one of them actually made your kid LOL? As our nation celebrates National Tell a Joke Day on August 16, our kids deserve big belly laughs now more than ever. Here are some tricks to steal from the pros. 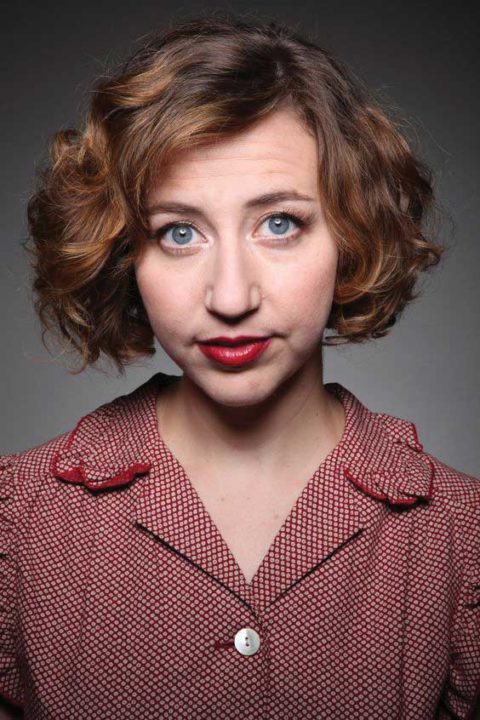 Drawing on your work with the Story Pirates podcast, are there certain themes, topics, gags that kids universally find funny?

Seems like doing stuff the wrong way is pretty solid. Kids are being taught how to behave and what the rules are, so when a clown figure gets it wrong, like a Mr. Noodle, or Charlie Chaplin, it’s funny to see them struggle.

What would you say to parents who want to be funnier?

If you have the ability to be unapologetically goofy, that’s a plus. But that’s not everybody’s comfort zone. If your kid is laughing, laugh with them. Kids are really smart, so if something makes you laugh, share it with them.

You’re a mom to a toddler now. What does she find funny?

Right now I am doing all the voices of her toys, and that’s making her laugh and also giving her a lot of friends during quarantine. It’s also really tiring! But every time she thrusts a toy in my hands and asks me to make it talk, I realize I give that toy a lot more energy and enthusiasm than what I’m feeling. So it’s been helpful for both of us. 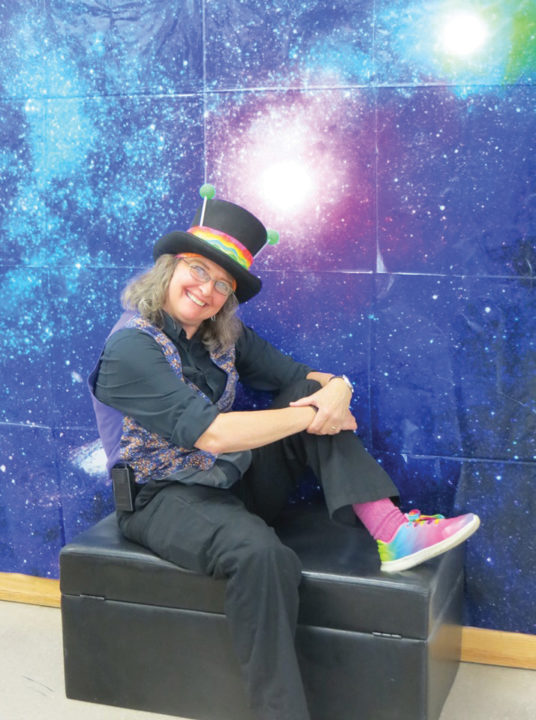 What makes a great joke or gag, as far as kids are concerned?

Something that’s unexpected from an adult. Fake frustration can be hilarious—I’ve been known to have an argument with one of my juggling clubs. Break a rule or do something taboo, or have a bigger, more emotional reaction to a situation than they are used to seeing from an adult. Don’t just repeat a bunch of “kid jokes.” Knock, knock. Who’s there? Nobody cares!

How does a young person’s sense of humor tend to change?

Two- to six-year-olds will laugh more readily at funny noises or making the same mistake over and over, like bonking yourself on the head. Preteens and teens like humor but can be shy about laughing in front of peers. I hear them repeating my jokes to each other after shows, so I know they were laughing on the inside.

How can parents be funnier for their kids, their nieces and nephews, their kids’ friends and so forth?

Use a prop or a mutually visible inanimate object. Grab a stone, make a monologue about wishing it had feet. Have a conversation with a cereal bowl. Ask it if it needs a towel after the kid pours milk. Ask the sun if it’s seen the kid’s missing baseball.

You’re parents to two kids now. What have you noticed about their senses of humor?

Our baby likes when things disappear and then reappear in a different place. Our five-year-old likes experimenting with wordplay and creating his own, nonsensical jokes. But physical humor spans the age ranges.

When’s a time you really bombed in front of kids, and what did you learn?

Pretty much every show before [my wife] Paige joined the band. Preschool-aged kids are not dazzled by witty, educational lyrics and catchy guitar rhythms. The first few years were full of performances that ended with all the kids heading to the adjacent playground. Or stealing my props. Or punches to the groin—not out of malice but just out of eye-level curiosity.

Can you think of a moment where a funny person you admire shared something that has really stuck with you or made you better?

That would undoubtedly be my dad, Dave Kagan. He is the master of cracking an average joke (i.e. You can go swimming, but you can’t get wet. I dreamed I was eating a giant marshmallow and when I woke up my pillow was gone! Did you get a haircut today? Just one hair?) and repeating it over and over again for three to four decades. I think kids find the repetition both amusing and comfortable. And I am shocked daily by how much of my father’s sub-par humor comes out in my own parenting experience.