Earlier this week, my nine-year-old son came home from a socially distanced bike ride frantically asking, “Mom! Did you know a police officer killed a black man by kneeling on his neck? There’s a video on YouTube!”

Information is power, and so I’m always willing to have candid conversations with my children. We’d talked about race and racism before, but I shied away from the topic of police brutality against African Americans because I wanted to shelter my school-aged kids from a topic I assumed they couldn’t handle emotionally. (Which seems ridiculous, in retrospect, since African American mothers have never had the luxury of hiding police brutality from their sons.)

When my son approached me about George Floyd’s death, I knew it was time to talk about the violent impact of institutional racism—like, really talk. What I didn’t know was how to broach the subject.

For this story, I consulted with Zaneta Evans, a licensed professional counselor and the manager for Mental Health Center of Denver’s Healthy Living Program. Evans is raising three black children; I have three white kids. Evans shared these practical steps all parents can use to launch a race-related talk.

1. Start with a sit-down conversation.

For heavy topics like police brutality, you’ll need to carve out designated time. “If you want to drive change and build awareness, you have to be direct and intentional,” Evans explains.

She recommends calling a family meeting, and inviting extended family members (grandparents, aunts, and uncles) to the table, too, since children will benefit from hearing a variety of viewpoints. If you already have a tradition built into your week—a Sunday dinner or a family game night, for example—launch a race-related talk during that preset gathering.

While the death of George Floyd isn’t a “casual conversation,” as Evans puts it, broader topics surrounding racism can—and should—be addressed on an ongoing basis. (Think marathon versus sprint.)

After the “big talk,” take advantage of casual moments by discussing racism while you’re preparing dinner or driving to pick up coffee. Lots of little talks again and again can make a huge impact over the course of a childhood.

When it comes to timing, Evans recommends chatting in the afternoon and early evening. While some children are groggy in the morning, and find it difficult to focus, other “morning people” are so hyper-focused on greeting the day that they’re unable to process information until they’ve accomplished their morning agenda.

3. Let your child lead the way.

Evans hadn’t planned to talk to her middle child about racism last year. But when her then six-year-old daughter came home from school upset because a student had made a comment about her skin being “too dark,” Evans knew it was time for a conversation about skin tone.

“My daughter’s personal experience drove the conversation,” Evans recalls, noting that it was a jumping off point to discuss ignorance, racism, and bias. For these complex subjects, Evans used simple language to explain that, “Some people don’t know better, and some people are taught that color makes a difference.”

Evans’ oldest child is 21 and able to drive these conversations even more without Evans having to manage them. “She comes to me with questions, and I’m always open and honest when I respond,” Evans says.

Asking questions, Evans says, is one of the simplest ways to engage children at any age. “When you ask a question, when you’re coming from a place of curiosity, it can remove some of the judgment,” Evans explains.

If you haven’t talked to your kids about racism yet, ask questions about what they notice among their friends. For example: “Do any of your classmates have a skin color that is different from yours?” or “Is there anyone in your class who comes from a different culture?”

Once you’ve initiated a conversation, say to your child, “I’m curious, what do you think of when you hear the word racism?” Or try showing an older adolescent or teen a race-related story in the news, and ask, “What do you think about this?”

“Current events can be a great conversation starter,” Evans notes. “Sometimes it helps to be a little removed from a situation.” If there’s something happening specifically in New York, for example, that might feel like a less threatening topic to a Colorado-based kiddo.

There’s a lot of news about racism right now, but don’t let that stop you from telling your children about positive, race-related stories, too—like new anti-racist legislation, for example.

5. Make sure the conversation is age-appropriate.

By age four at least, children have begun to show signs of racial bias, according to two studies published in Developmental Science in 2019.

While it’s still too early to explain nuanced concepts such as institutional racism and white privilege, parents to preschoolers can certainly talk about skin tone. At this age, keep the conversation simple. Let your child know that it’s fine to notice skin color, and explain that underneath the skin, at a musculoskeletal level, everyone looks exactly the same.

A good way to start a bigger conversation is by using metaphors that a young mind can grasp. Evans uses this with her two-year-old: “Explain that there are all different kinds of fruit. They taste different and look different, but that doesn’t make one fruit worse than another,” Evans says. As your child grows and develops, so should the race-related talks.

6. Don’t be afraid to address violence.

Be straightforward with your children about bigotry and oppression. As Evans points out, “Our kids are smarter and more developed than what we give them credit for.”

If your child heard about or saw the video depicting George Floyd’s death, don’t turn him or her away. “Especially with something that’s all over social media, it is going to be hard to keep a protective bubble around your kids,” Evans says.

Especially when discussing violence, make sure to look for any signs of trauma in your child. “If your child is experiencing trauma, you might need to seek professional help,” says Evans.

When your child is learning about racism, there’s not a “right” or “wrong” response. Some kids will be outraged, while other children might seem ambivalent. Kids may share a response you might not expect, one that might not reflect your own response that’s informed by your experiences as an adult.

“It is OK if your child isn’t angry,” Evans says. “That signifies that they aren’t interested in a conversation right now, and that’s fine.” The only thing that would be concerning, Evans says, is if your child is being mean to another child because they look different.

8. You don’t have to have all of the answers.

Try not to put too much pressure on yourself as a parent. If you’re caught off guard by a question, don’t panic. “Slow things down,” Evans says. “If you need time to process a question, it’s OK. You don’t have to have an answer immediately.”

If you have gaps in your own knowledge that need to be filled, what an amazing opportunity this will be to learn alongside your curious child. 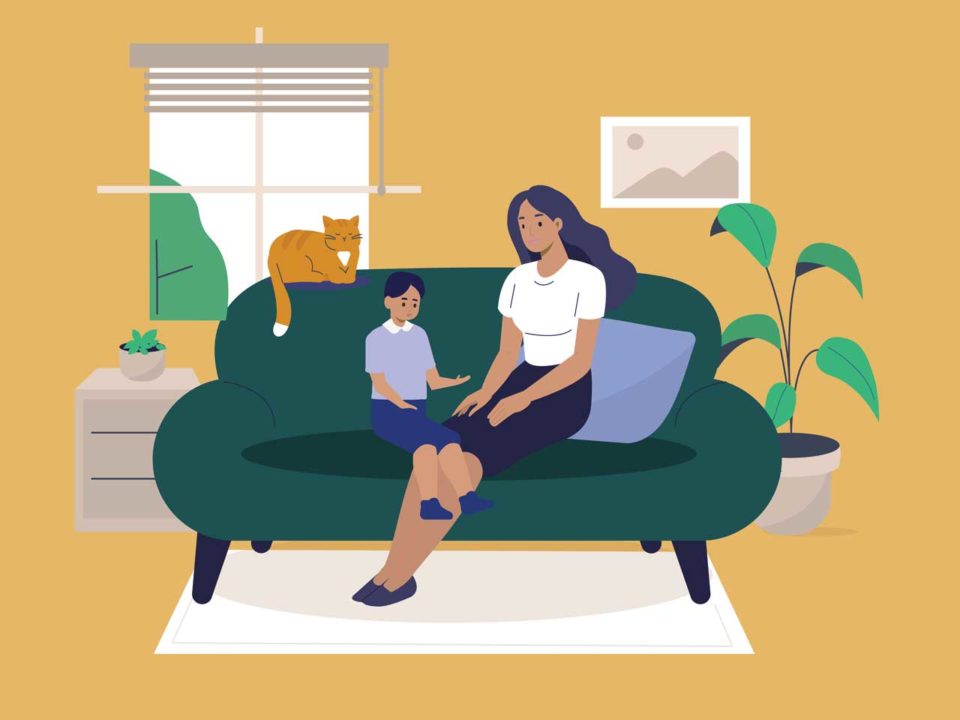 “Think of all the houses in Colorado,” Evans says. “What if they were built for people who were 5-foot-10?” she asks. “What would you do if you were only 5-foot?”

Let your child have an opportunity to respond, then continue with, “What if you couldn’t reach the doorknobs and faucets? You’d have to make accommodations to live in the house,” Evans says. This is what white privilege is, and the metaphor will help your children understand it.

“It’s not that white people today asked for this privilege, it’s just something that exists,” Evans says. That’s a good point to bring up since some white children will feel guilt after learning about their privilege. “This doesn’t have to be a negative conversation,” Evans says. “Remember, nobody got to pick or choose their race or skin color.”

History is written by the victors, and so it’s important to teach your children facts that might not be included in mainstream history books. But don’t worry: You don’t have to be an expert on race or U.S. history to expand your child’s knowledge.

One of the simplest things to do is visit museums and cultural institutions with exhibits exploring untold aspects of history. While local centers are shut down in the wake of the COVID-19 outbreak, check out their virtual offerings. History Colorado Center is a fantastic place to start.

Children notice everything, and it’s natural for them to be curious about different skin tones. “We can be different,” says Evans. “That’s what makes the world go ‘round.”

To this end, Evans cautions parents against teaching children to be “color-blind.” Instead, parents should encourage their children to celebrate differences.

If your child’s school isn’t diverse, enroll him or her in an activity with children from different neighborhoods around the Denver metro area. Certain YMCA locations have some of the city’s most diverse sports leagues, and many local libraries and recreation centers offer classes for diverse groups of visitors. At home, read books about people of color.

“Racism,” Evans says, “is something that’s taught or learned through observation. This is your opportunity to build in your child a sense of what is right and wrong.”